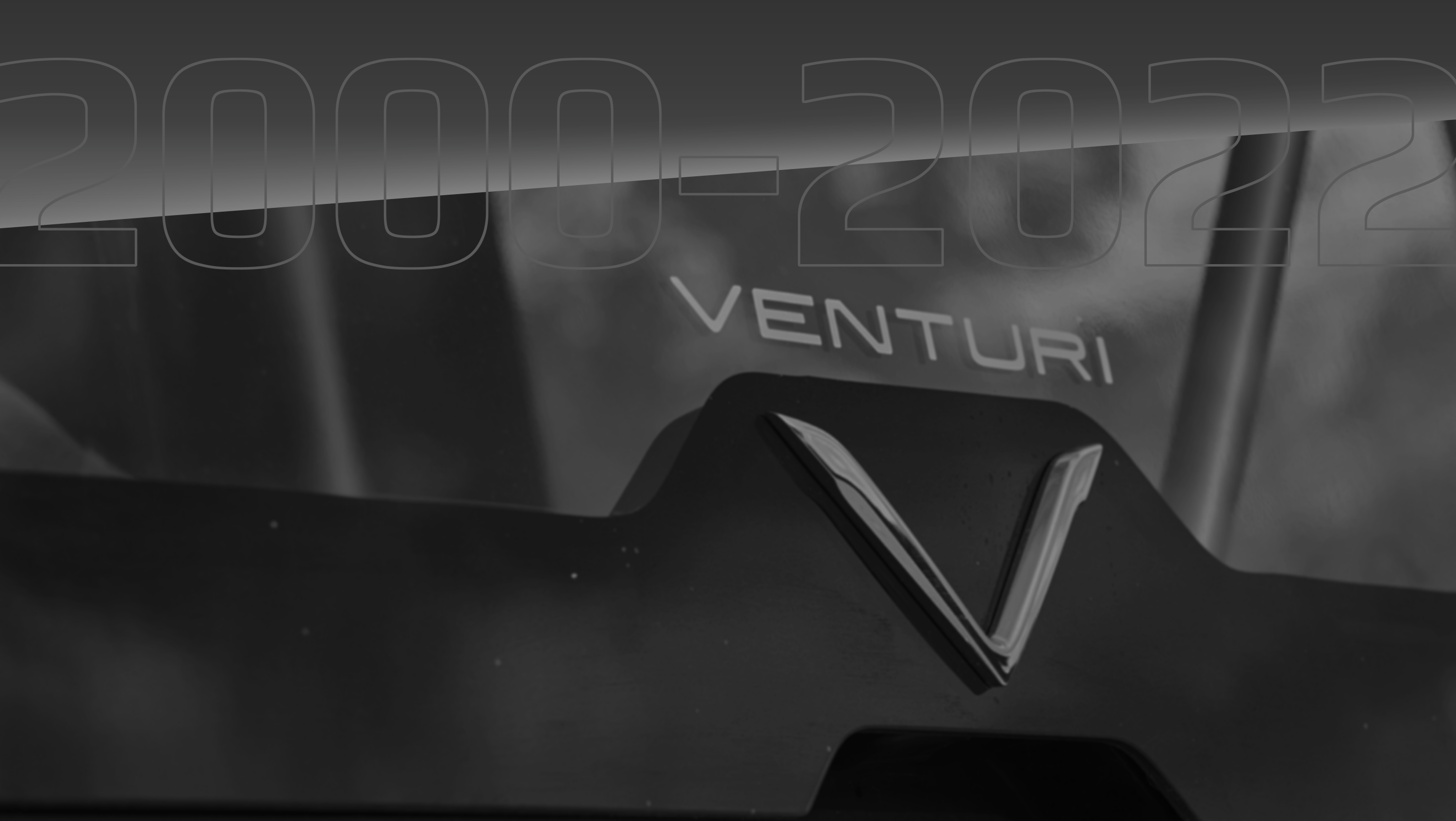 Venturi is unlike any other company.
From its origins as a modest constructor founded in western France in the 1980s, the firm underwent a radical transformation in 2000, moving to Monaco and becoming a pioneering expert in electric mobility.

Venturi’s story began in 1984, when founders Gérard Godfroy and Claude Poiraud took the bold step of presenting an ambitious GT at Paris Motor Show. Until 1995, the constructor enjoyed a period of sustained success. It produced cars that took part in the Le Mans 24 Hours, and even made a foray into Formula 1, achieving a sixth place finish at the Monaco Grand Prix in 1992.

The company was floated on the Asian market, where a collapse in sales in 1992 effectively ended any hope of producing its GTs on an industrial scale, and the cars are now extremely rare.
Faced with insurmountable financial difficulties, the business eventually filed for bankruptcy. 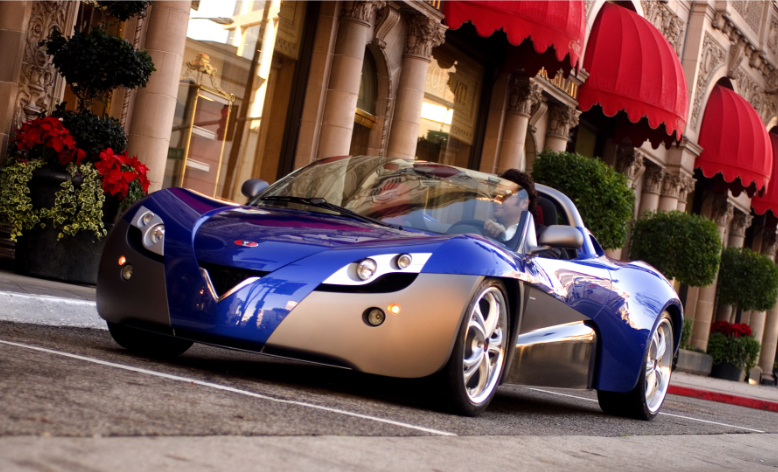 Gildo Pastor was intimately familiar with the journey undertaken by Venturi’s two founders, and a huge fan of the vehicles they created. When he bought the business and moved its headquarters to the Principality, the Monegasque entrepreneur made a strategic choice to focus on electric motors. At the time, in the early years of the new millennium, it seemed a quixotic decision. Gildo Pastor and his team soon created their first electric model, which they named Fétish, the first true electric sports car, powered by next-generation lithium-ion batteries. The car’s design, technology and performance turned heads when it was unveiled at the Paris Motor Show in 2004. It marked the beginning of an incredible journey for Venturi. Following the public acclaim for Fétish, the firm went on to develop five concept cars, each more innovative than the last. 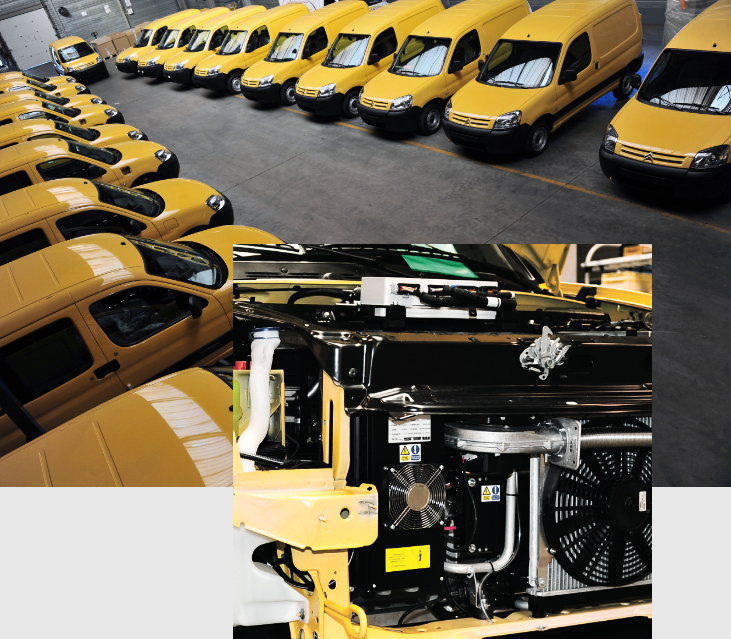 Venturi marked a new milestone in the development of its activities, becoming an official supplier of motors in 2008. The firm joined forces with PSA Peugeot Citroën to supply an electric version of the “Citroën Berlingo First”, after winning an international tender process organised by the French post office.

A total of 500 vehicles Powered by Venturi were produced, to deliver mail in France’s major cities. A further 500 cars were later sold to businesses and individuals in eleven European countries. 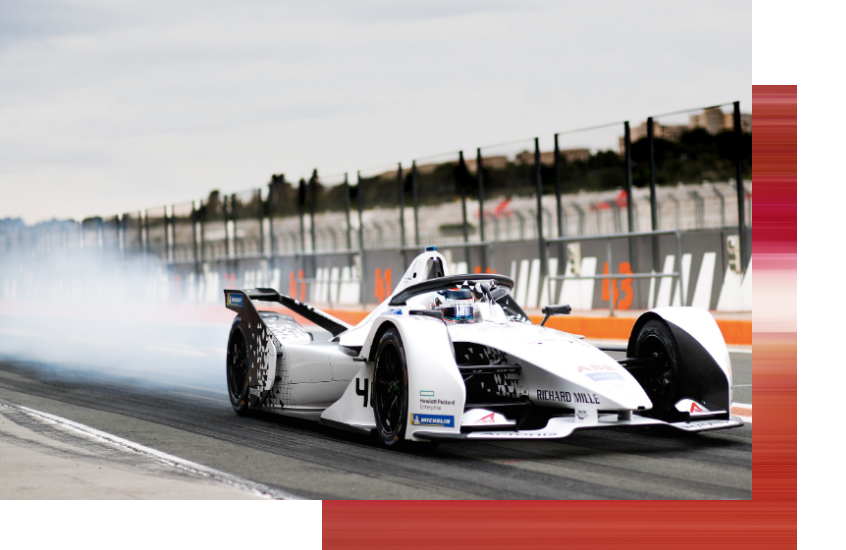 In 2015, Venturi was once again selected to supply motors, and this time Monegasque technology would shine internationally in the world of motor sports. In addition to being the first team to commit to the Formula E World Championship (presently competing under the name ROKiT Venturi Racing), Venturi was also one of the championship’s official constructor between 2015 and 2019. Venturi technology was used by American rivals Dragon Racing in the second season of the competition, and by German team HWA during the 2018-2019 season. 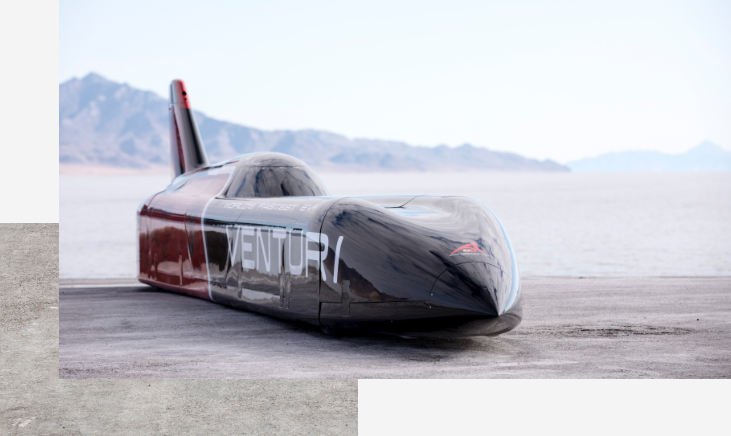 Now specialised in the development of high performance electric vehicles, Venturi is focused on completing its Global Challenges, technological and human missions aimed at demonstrating the efficiency and durability of electric vehicles. The firm is developing three extraordinary machines: the Venturi Buckeye Bullet (VBB), which currently holds the world speed record for an electric vehicle (549 km/h), Antarctica, an electric polar exploration vehicle capable of operating in temperatures as low as -50°C, and the Voxan Wattman, the world’s fastest electric motorcycle.

World firsts and world records, expeditions in hostile terrain, innovative new vehicles developed in every category…
Since 2000, Venturi has continued to demonstrate the capabilities of electric vehicles, which now represent the genuine solution to clean mobility.