Mission 03:
Back to Telegraph Creek

On 6 March 2019 in British Columbia (Canada), the Venturi Antarctica travelled 42 km in extreme temperatures as low as -30°C. The aim of the expedition was to put the machine through a battery of tests in climatic conditions similar to those at the South Pole.

For Venturi, the adventure was an opportunity for a “zero emissions” take on Citroën’s Croisière blanche (also called the Bedeaux expedition), a 20th-century automobile raid that entailed crossing the Canadian North-West. That historic expedition ended in failure, owing to the nature of the terrain and the disastrous climatic conditions.

On Telegraph Creek Road, considered to be one of the world’s most dangerous highways, three exceptional drivers took their places aboard Antarctica: H.S.H. Prince Albert II of Monaco, the Canadian astronaut Chris Hadfield, and the President of Venturi North America, Xavier Chevrin.

Back to Telegraph Creek expedition 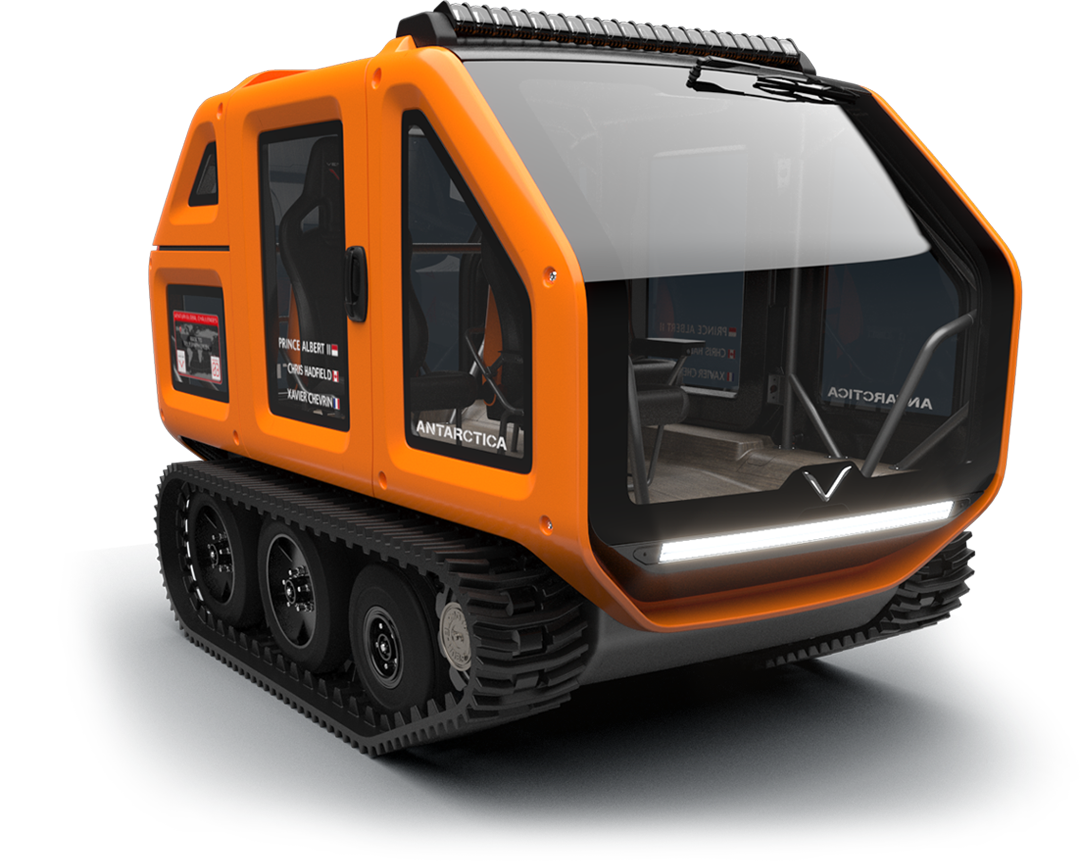